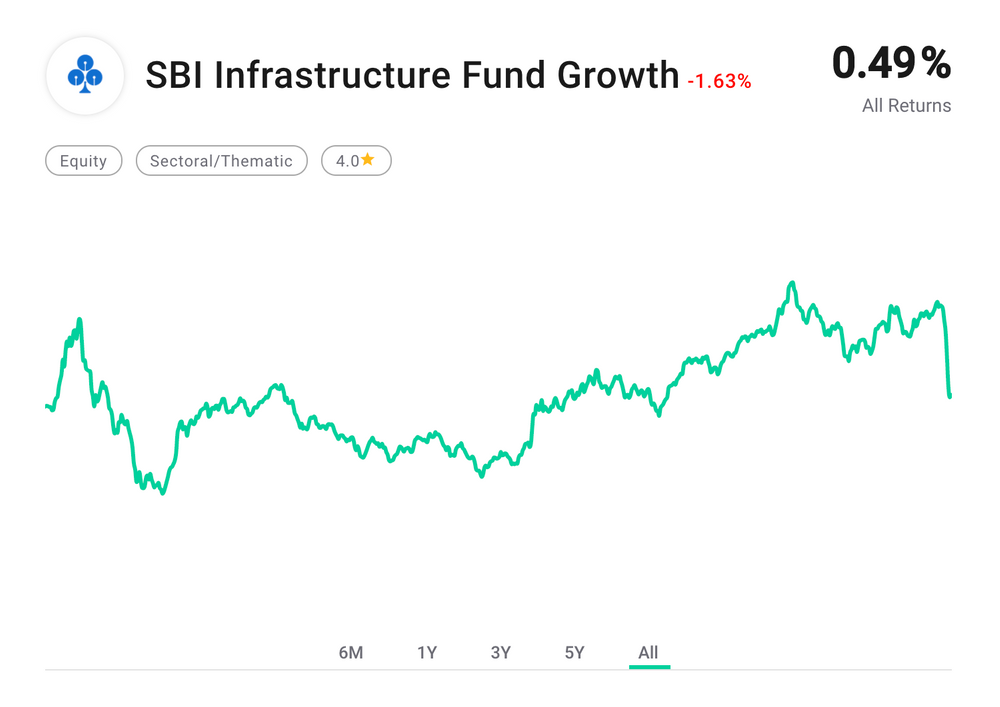 Does Buy & Hold Work? The Answer May Shock You...

I recently started using an Indian FinTech startup company called Groww to search for some good recommendations - how I came across is it was when they started publishing content around mutual funds (kudos to the guys).

Well, as I was playing with it the other day, and I found an interesting feature.

You can track your external investments in Mutual Funds, thanks to their ability to read the CAMS reports (Provided by CAMS Online - a share transfer registry).

They've made it really easy with an API integration with your Gmail. But I would rather not give them access to read my emails, luckily they had another option - forward the generated CAMS report to their email, and they'll extract the details.

So I gave it a go. It did take a bit of time to get the report from CAMS, but that was CAMS delay, not Growws. And I was pleasantly surprised because there was a mutual fund - SBI Infrastructure Fund - that I remember investing in a long while back, on the recommendation of a relative who worked with the State Bank of India. I can't recall if he would get any commission for recommending this fund, or whether he had some targets to achieve but I thought I'd risk something. You never know, it might help us both.

That was 2007, way before the Modi Government, and I probably believe it was selling the infrastructure story of India. Well, what better time than now, when the market has crashed to see how a long term - BUY & HOLD strategy really works.

Right, so you would think that during this period the results were positive, after all that has been a lucky 13 years. And you'd be right, they were positive. I got...

So what would you do, would you buy and hold forever or would you just get out and put your money to better use?

P.S. I haven't really done the maths on a fixed deposit during this period, but I assume it will be more than 40%. Also, this is not an SIP, it was a lump sum investment - but this is to show you that Mutual Funds are not the best investment vehicle given their expense ratios. What's the solution? Signup below to find out...

29 August 2020 Update: I've gone ahead and redeemed the fund, we managed to book 50% return on investment (ROI). But from an IRR point of view, that's 3% per year - could have just invested in a fixed deposit!

Check out one of the Mutual Fund investments, that I believe will do well.

Tag: Investing
The link has been Copied to clipboard! Can we expect an Easter surprise?