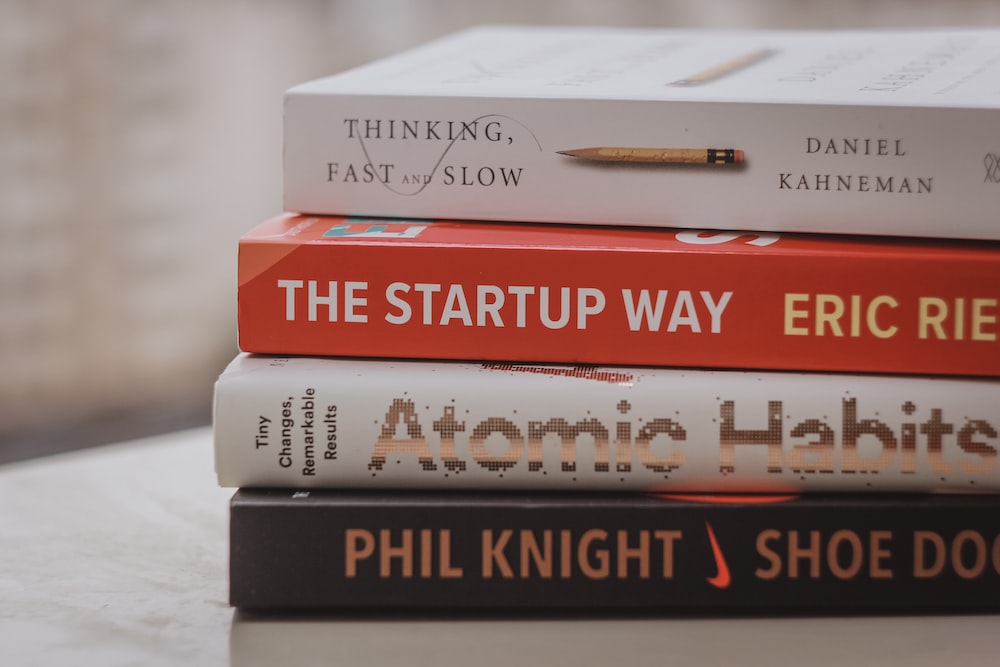 Most people would love to be a millionaire. The idea of having all the money in the world is a dream that many people have, but only a few can achieve it. But how do millionaires make their first million?

It's not always about smart investments or winning at poker. Sometimes it's as simple as developing habits that lead to success! In this blog post, we'll explore 14 habits of self-made millionaires and find out what they can teach us. But would you commit to these habits below?

This is one of the essential habits that self-made millionaires have, in my opinion. You might think they read books to entertain themselves because it’s easy to become wealthy if you can just pick up a book and learn something. But no millionaire would do this! Reading for entertainment has no value at all when there are so many things you could be learning instead.

First off, reading expands your brain capacity, which means better problem-solving skills overall in life. Second, by taking another person's perspective on an issue or event (and often their experiences), you're given new information that may not normally occur to yourself (or anyone else). This will help foster creativity within oneself because you'll open your mind more to other possibilities.

It also explains why many wealthy people are introverted individuals who prefer thinking before they talk or act - like Bill Gates! They're able to take all their experiences from both life and learning through others' perspectives and synthesize them into one singular thought, which provides more value than if they were to just give you their opinion.

Did you know that 67% of millionaires exercise, compared to just 28% of the general population? Exercise is not just about keeping your body healthy; it's also a great way to keep stress levels low. And it not only helps them live longer but also increases productivity at work and decreases stress levels – making them even richer!

Just put on your running shoes and get out there; make a commitment to exercise for at least 30 minutes every day.

Networking, or more aptly relationship building, is when you meet new people in your industry, line of work, or profession. By participating in events and interacting with Industry Leaders/Mentors, you can learn how to navigate the right road to success.

The most successful millionaires are good at networking because it helps them build rapport with others who could potentially open doors for them. Another reason is to help you grow your network of contacts because the more people know about what you do or what services/products you have available, the greater chance there will be for someone to purchase something from you.

It takes time to build relationships, but with patience, it will pay off in dividends. The more individuals you have that know, like, and trust you, the more likely it is that someone will buy from you.

As well as building relationships with other people in your industry or profession, it’s also a good idea to network outside of this category because doing so allows multiple contacts, which can lead to new opportunities down the line.

Socially, you could network with friends or family. If they have connections in your industry, then it’s a good idea to take advantage of this because usually, if someone wants something badly enough, they will ask their contacts for help.

Knowing what needs to be done can help you build the necessary foundation for success by doing some or all of these practices on a daily basis.

Another habit of self-made millionaires is dreaming. Yes. There's a saying, yesterday's dreams are today's reality. With your dream, you can imagine life as a millionaire and what it will be like for you to have that kind of money or lifestyle.

After thinking about these things, write them down on paper so that way when someone asks, "What do you want?" It's easy to pull out the list from last month or year.

Even if nothing spectacular results from it, just go back into that piece of paper every now and then because looking at what you want will become natural after putting yourself through enough mental stress over whether or not it's possible (but people who never look at their goals are less likely to achieve them).

Repeat your dream over and over again until you've made it part of who you are, what you do every day. Do your affirmations. There is no time limit on how long this takes because everyone has different dreams, but if you don't even start thinking about something, then there's not much chance that anything will happen at all!

Millionaires understand that getting enough sleep is one of the most important habits they can adopt. They know that if they don't do this, it'll affect their productivity and motivation levels throughout the day, ultimately leading to less work done than expected.

If you want to be successful, then get seven hours of solid sleep for peak performance. If you're still wondering why this is important, just ask Arianna Huffington! She's been doing a great deal of study around this and has talked about it plenty.

Rising early from sleep is the first habit that wealthy people develop. Over 50% of millionaires wake up three hours before the day starts (i.e., at the break of dawn or just before dawn). Thus, you'll have to get used to sleeping earlier if you want this millionaire's habits working for you too.

You'll have to get used to sleeping earlier if you want this millionaire's habits working for you too! I guess you're not Elon Musk, so listen to Robin Sharma or Hal Elrod about this.

Millionaires have many different sources of income, sometimes as much as seven! They don't rely on one single source to bring in money and they do not work for a company that limits how much you can make.

They are proactive about how much work they do each day, giving them the freedom to work fewer hours than most people while still making more money for themselves. This is because millionaires recognize that there are other ways to make money other than receiving a paycheck for work done.

Instead, millionaires leverage time and capital (money). For example:

In short, the millionaire mindset is about having multiple sources of income so that you don’t have to rely solely on one job or business for money.

Mentorship is a powerful thing. It can open up opportunities and show you the ropes of how to do something, but it doesn't mean that you need someone telling you what to do all day long - especially if they're not self-made millionaires themselves!

You can read books, listen to videos of people who are ahead of you in this journey, and start forming your own ideas without having mentors tell you what to do all the time.

One of the easiest ways to become a millionaire is by helping others succeed. When you can help someone achieve their goals, it will be much easier for you to find success in your own life too.

By being generous and giving back or paying things forward, you'll start developing habits that contribute towards becoming wealthy.

Optimistic people have to think that they can do anything. They should not be discouraged if something does not go as planned. Instead, the millionaire has a habit of ignoring bad news and focusing on good opportunities instead. In other words, they will find new ways to solve problems or take advantage of them somehow!

One of the habits that millionaires have is thinking. They spend time on their own every day to think about what they are doing in life and where they want to go next.

Many millionaires believe that journaling is an essential element in achieving success because it allows them to take a step back and see their real path rather than rushing or focusing only on the future.

Being able to self-reflect on our own work allows us to see what we can do better or how we can improve. Taking some quiet moments for yourself each day will let your mind get away from distractions long enough to gain clarity on whatever problem might have arisen during this past week. This habit is very beneficial for becoming successful!

One of the habits that millionaires have is they are constantly seeking feedback from others. Feedback helps them to grow and continually improve their business model, products, or services.

They know it's essential to be open and receptive to other people's point-of-view. This also allows them to hear what customers really want instead of hearing only what we think they want.

Asking for criticism does not make us feel good, but it will help us evolve as a person or company into something better than before. Negative feedback can become an opportunity for change if you embrace it in the right way; this means putting your ego aside and being willing to learn from those who provide constructive critique about our work, life practices, or even personality traits!

Feedback is a tool that millionaire entrepreneurs use as part of their learning and improvement process, which helps them become better at running a business, contributing value to society, and improving the world around them.

Never Give Up Habit

Everyone fails. It's critical to never give in when the rest of the world seems to be collapsing around you. You'll need that perseverance to become a wealthy man over time. Grit necessitates tenacity, which indicates how millionaires prefer to enjoy the journey rather than just wait for outcomes.

They put passion into their work every single day because they enjoy it. That's what millionaire habits are all about, the journey rather than the destination.

If you'd like to learn more about developing habits, there are two great resources to check out:

Before you leave, here are some questions to think over (or tweet us @zencapita):

Tag: Investing, Mindset
The link has been Copied to clipboard!